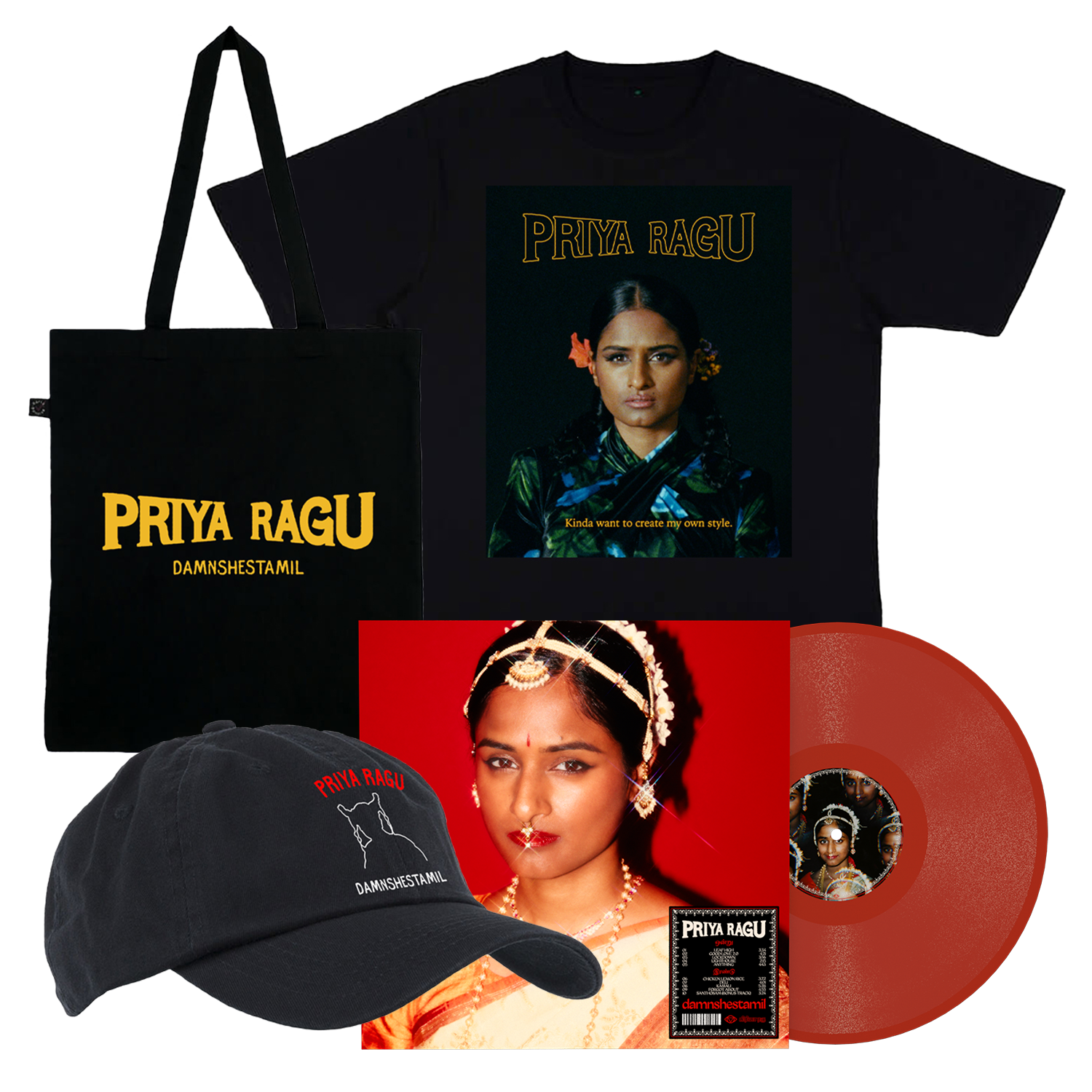 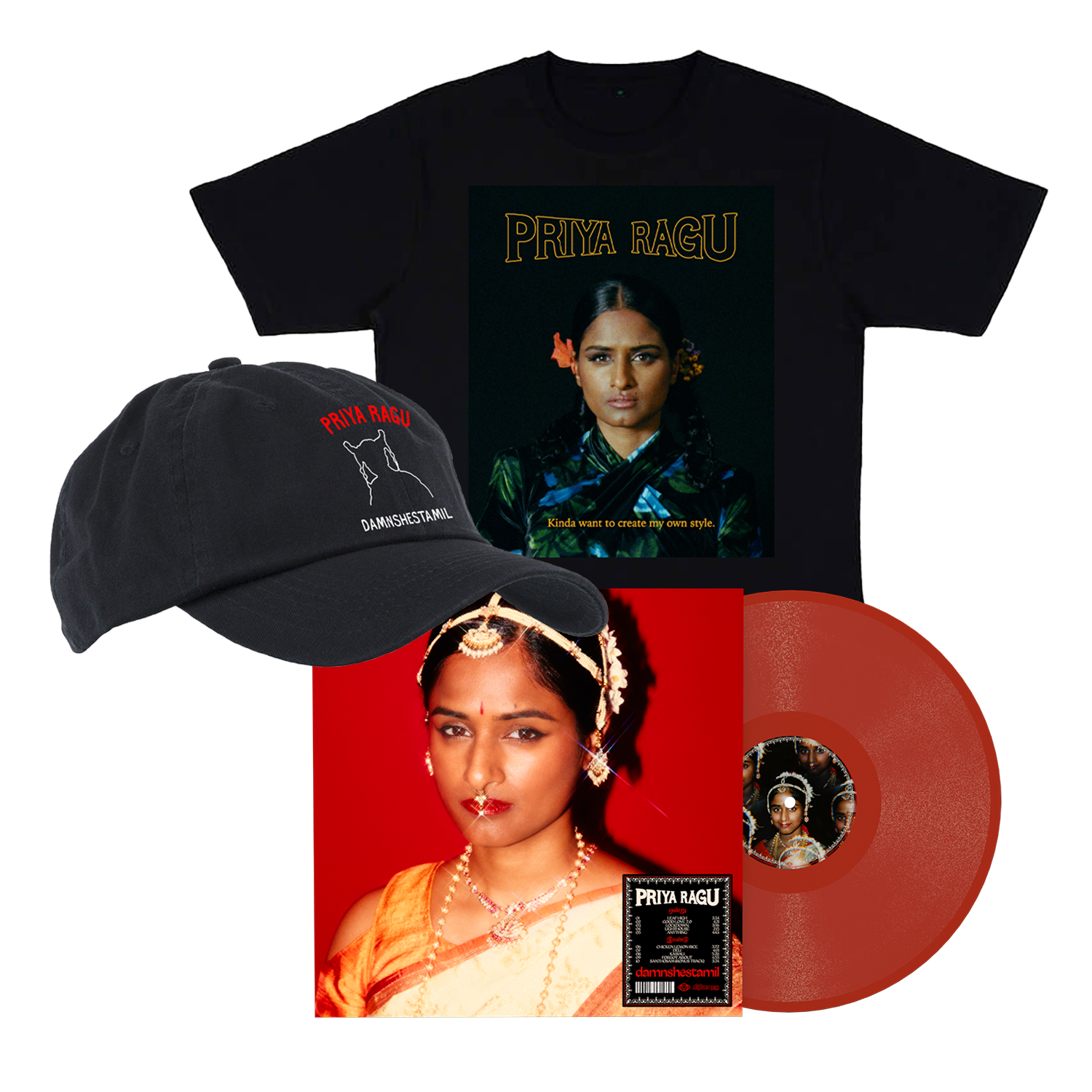 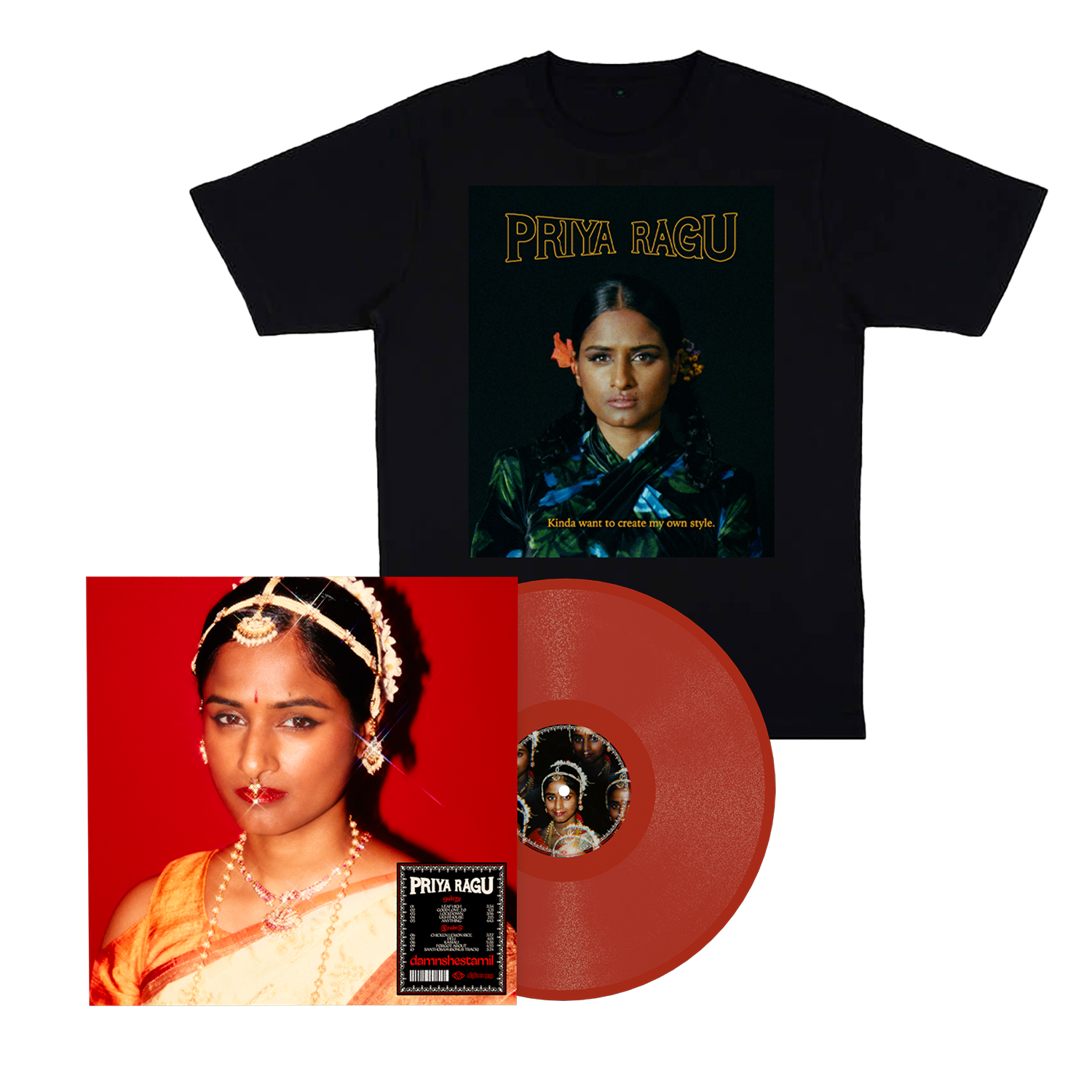 With its forward-thinking R&B and South Asian sonic flair, Priya Ragu's 'Good Love 2.0' proved to be one of the most remarkable debut tracks of 2020. Earning a wave of critical acclaim and airplay spanning Radio 1, 1Xtra, 6 Music and BBC Asian Network, 'Good Love 2.0' introduced an artist with a unique vision and limitless potential. Priya subsequently started 2021 in a similar fashion, with a host of tastemakers - Vogue, iD, NME, The Line Of Best Fit, gal-dem, The Forty-Five and Notion - tipping her as One To Watch.

After releasing a handful of singles which have made her one of the most hotly tipped breaking artists around, Priya Ragu releases her eagerly anticipated debut mixtape 'damnshestamil'. The mixtape was announced with the single 'Kamali', which was premiered by Annie Mac at Radio 1. Subsequent airplay included daytime and specialist support from Nick Grimshaw, Jack Saunders, and an A-list playlist at BBC Asian Network.

'damnshestamil' more than lives up to Priya's burgeoning reputation. You'll have a feel of what to expect from her previous singles ('Good Love 2.0', 'Chicken Lemon Rice' and 'Forgot About') but Priya raises the bar to take her glorious, genre-blurring "Raguwavy" sound global. Her voice is versatile, showcasing an uplifting, world class talent to match her next generation sound. The sonic touchstones of her Sri Lankan roots give the mixtape a truly unique edge, not only taking R&B and electro-pop in bold new directions but doing so in a way that feels entirely natural.

Priya says, "This is the most pure and sacred work that I have ever put out into the world. I've carried it within me for a very long time until I found a way to translate it into these songs. If I could make your day better even if it's for a blink of a moment, is more than I could ever ask for. I can't wait for everyone to hear it".

The product of Priya's creative partnership with her producer and brother Japhna Gold, the 'damnshestamil' mixtape truly represents Priya's incredible musical range as she makes an immediate impression with the sugar sweet vocal harmonies that introduce opening track 'Leaf High', before blending bass grooves and evocative Sri Lankan flute on 'Lighthouse', and then weaving eclectic vocals over alt-pop beats on 'Deli'. The bonus track, 'Santhosam' ('Happiness'), is the purest expression of her heritage and lives up to its title, as Priya sings entirely in Tamil over a backdrop of traditional instrumentation. 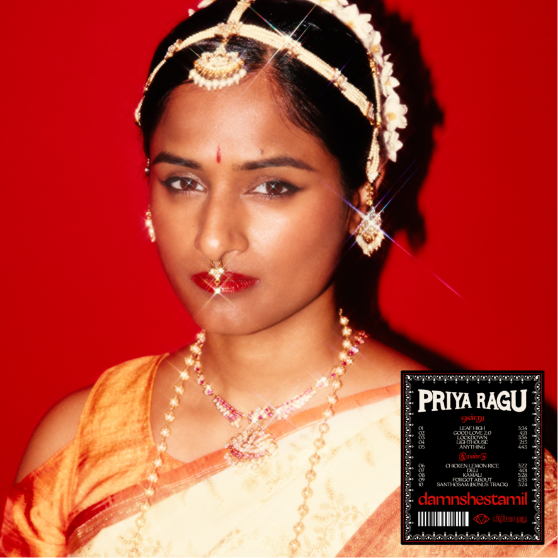 I’m so excited to announce
my brand new mixtape
Damnshestamil
is out on the
3rd September 2021
❤️
PRE-ORDER
SUBSCRIBE
Thank you for signing up!